The History and Significance of Wedding Rings

The giving and receiving of rings is an ancient symbolic practice, but the significance and meaning behind the practice varies among cultures, and changes over time. Throughout history rings have been used as personal talismans, in business transactions, to mark legal contracts and of course, to pledge love.

A common theme across all cultures is that of the eternal circle, with no beginning and no end, and so a ring has symbolised eternal love at least as far back as 3000BCE, to the Egyptians. Even earlier cultures are thought to have used ceremonial rings of reeds and grasses wrapped around ankles and wrists to stop the life force ebbing out through the extremities. Initially Egyptian rings were also made of rushes and reeds, soon replaced by bone, leather and ivory, and even the central hole in the ring represented a gateway to events both known and unknown. To give a woman a ring thus signified never-ending and immortal love.

The Romans were less romantic. Rings were originally given to the father of the bride as 'bride price'. Men 'claimed' women by giving an iron ring - an Anulus Pronubus - representing strength, permanence and ownership. These were often decorated with a key motif which also represented the husband's trust in the wife's stewardship of his possessions. Iron rings were worn at home and gold rings only worn in public or in company and to demonstrate the giver's wealth. 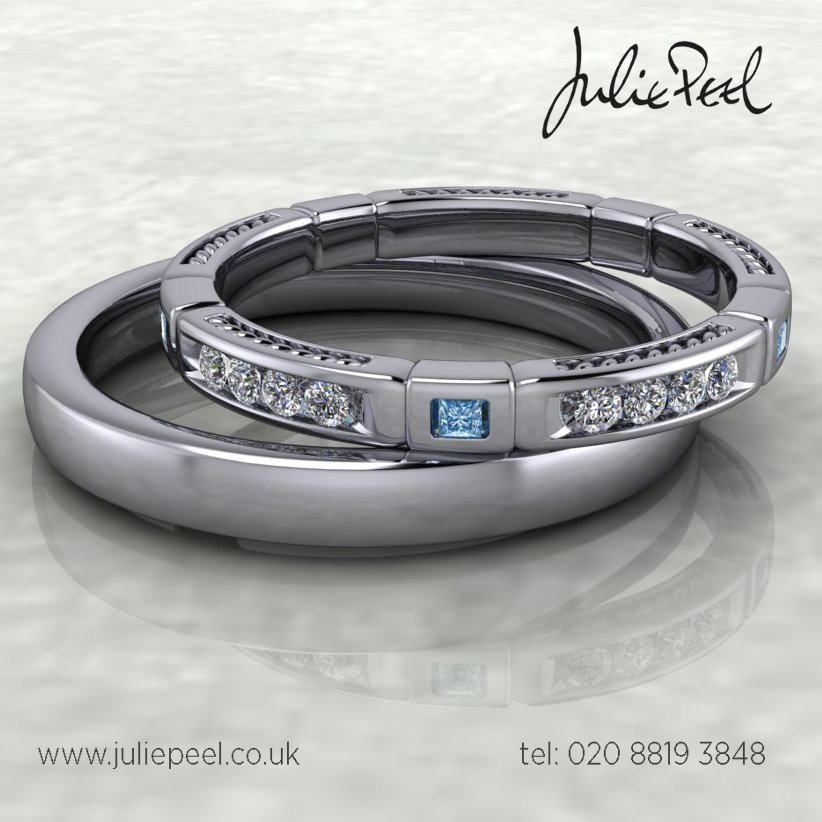 From around the 9th century Century, Christians used highly decorated rings in marriage ceremonies, often engraved with doves, lyres, or two linked hands. The Church discouraged these as heathenish, so in the 13th Century, wedding and betrothal rings were simplified, and given a more spiritual look expressing a symbol of the union of hearts - like the Irish Claddagh Ring.

In the Far and Middle East collapsible puzzle rings were a unique way of ensuring that brides remained faithful. If a wife tried to remove her ring, the ring would fall apart and could be put back together only if the correct arrangement were known. 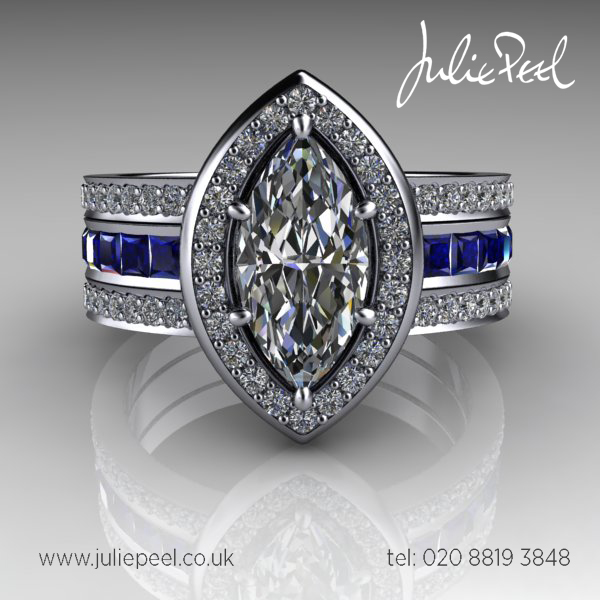 Puritans viewed any form of adornment as wasteful and immoral, so in England in the 16th Century and 17th Century and in the early colonisation of the Americas, this meant there were no rings. Instead, men gave their brides thimbles as tokens of undying love and devotion - resourceful brides often removed part of the thimble and created makeshift rings. 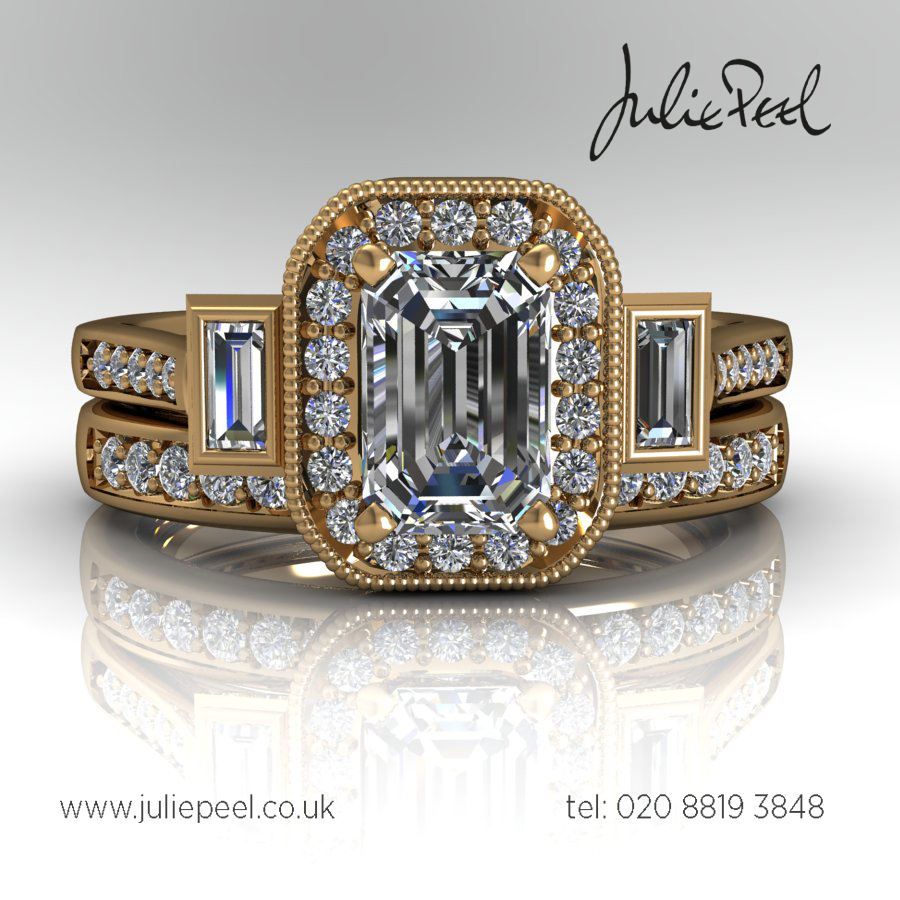 Dual-ring ceremonies, in which both bride and groom wear a ring, were introduced by the Greek Orthodox Church in the 1300s. The custom didn't catch on until World War II, when many couples married in anticipation of separation. In the US, wedding bands for each partner were considered critical to the war effort, a solace to lonely soldiers and a reminder for brides that their faraway soldier thought of them always. It took a bit longer to catch on in the UK but it is now increasingly popular for men as well as women to wear a ring on marriage. 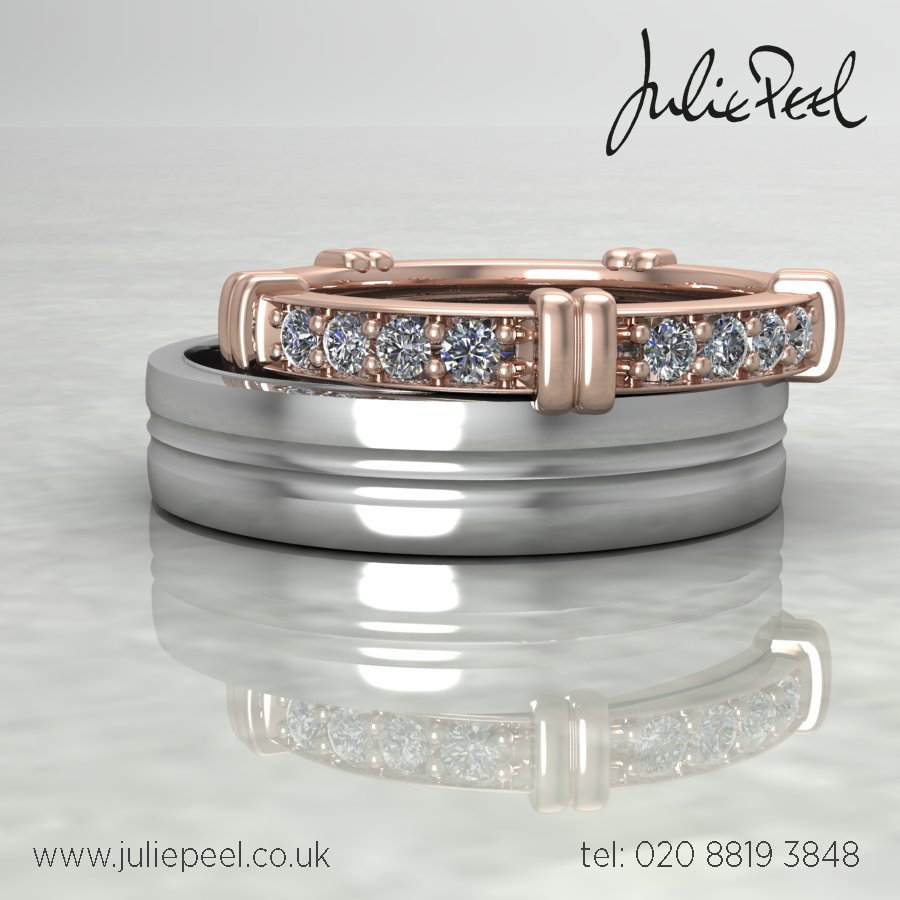 Which hand should I wear my wedding ring on?

Some cultures wear the wedding ring on the left hand and others on the right. The Egyptians, Greeks and Romans chose the left because they believed that the Vena Amoris (vein of love) ran from the fourth finger of the left hand to the heart. Other reasons proposed for these conventions include the ritual of invoking the Trinity in early Christian weddings (the fourth finger being the Amen to seal the deal), and a more prosaic and practical one which sought to reduce wear on gold as a soft metal, by placing it on a lesser-used finger on the lesser-used hand.

Science has shown that there is no Vena Amoris but the convention persists in many Western countries. However, in Germany, Greece, Poland, Russia, Spain, India, Colombia and Venezuela a wedding ring is most often worn on the right hand, as it is in many Eastern European countries as well as in the Christian Orthodox Tradition. In modern customs lesbian and gay couples may choose to wear their rings on their right hands, as may left-handed people who want to reduce the wear on their rings. So it really is just a matter of convention and, ultimately, of personal choice. 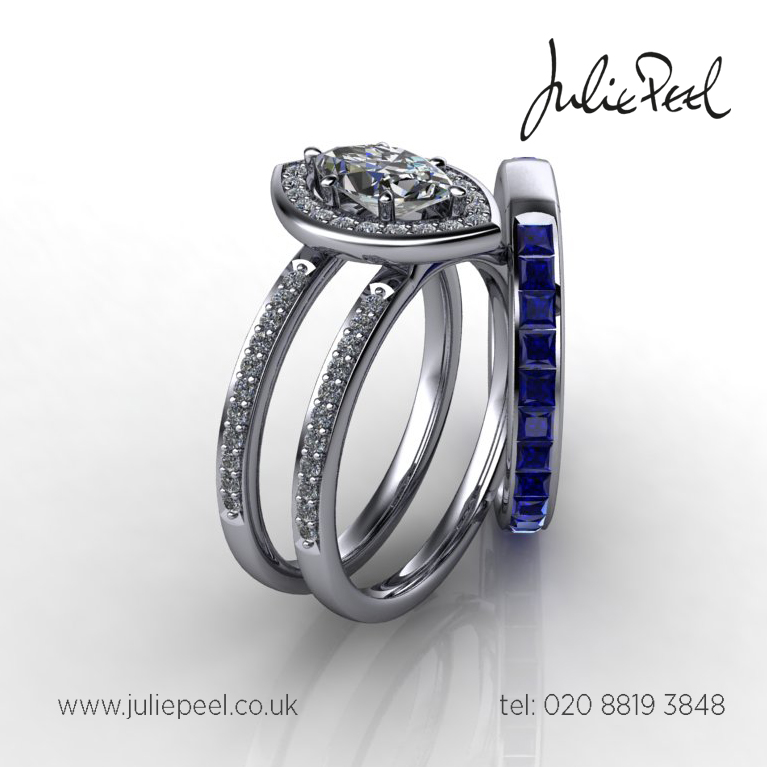 It is a long-standing Jewish tradition that the wedding band must be an unbroken circle of solid gold or silver with no stones or details, representing an everlasting marriage free of distractions and complications. But even after the 9th Century, wedding rings were not always plain. In the 15th Century to 17th Century Posie rings bore elaborate inscriptions and Gimmel rings comprised intricate interlocking bands, often with stones, enamelling and engraving. These were very symbolic in that each band was free but had to be kept together to create a whole. 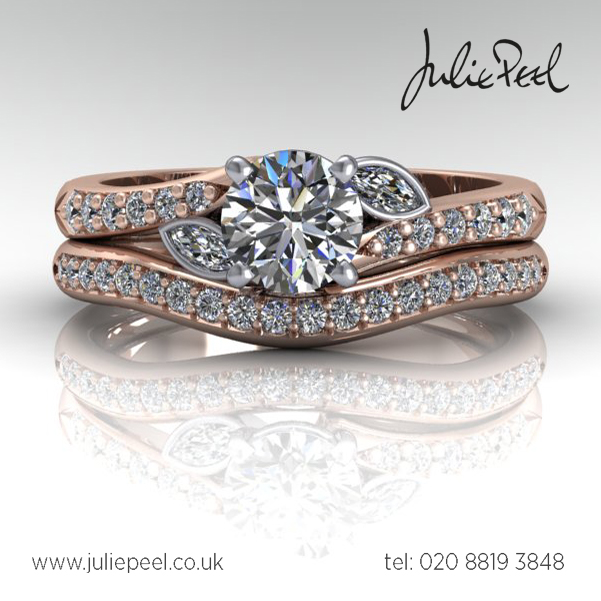 The Georgians and Victorians 18th Century and 19th Century, favoured gold bands embellished with engravings, filigree, coloured gems and pearls and even rings in the form of a snake - a symbol of eternity - made popular by Prince Albert who had given Victoria a snake engagement ring. 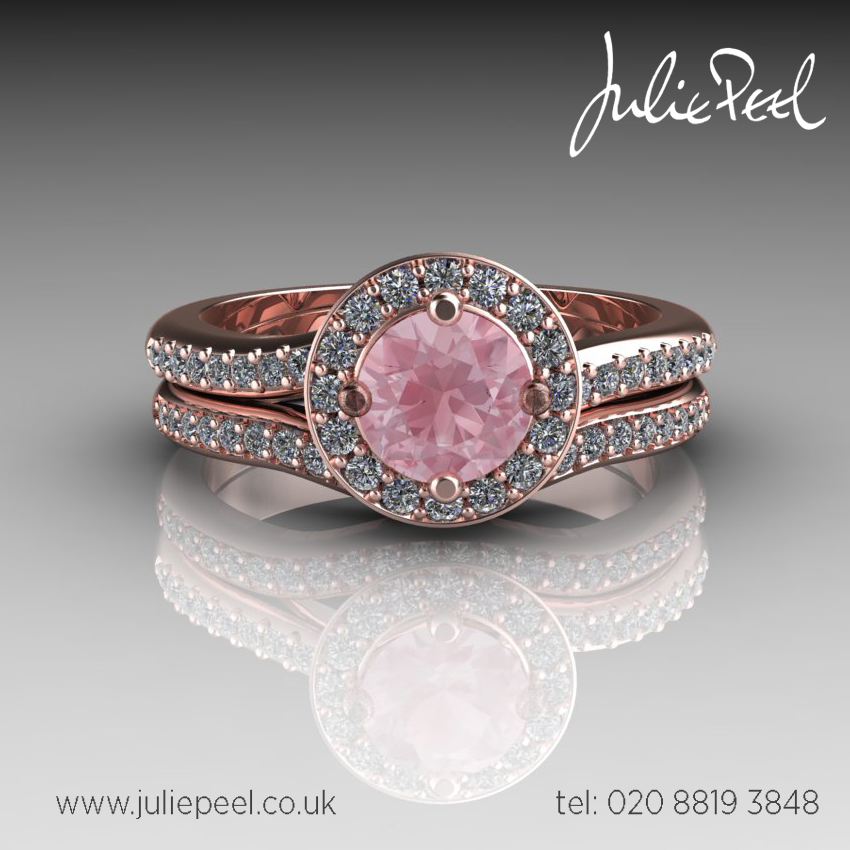 History of the diamond ring

While the convention of a diamond engagement ring is a 20th Century invention by De Beers, diamonds were used in love rings long before by those who could afford them. More recently diamond wedding bands have become fashionable, but it is really only in the US and UK that people feel it necessary to coordinate their wedding and engagement rings.

So, excitingly, people are now devising their own traditions, opting for more eco-friendly, personal and unique ways to represent their union, returning to what is surely the true tradition of wedding rings - a personal exchange of meaningful symbols by two people expressing their lifelong love for and commitment to each other.

Wedding rings are one area of design in which trends now hold little sway - just follow your hearts to the rings that you think perfectly represent your union!

The Author is a Jewellery Designer, based in London and Farnham. Creator of Bespoke Engagement and Wedding Rings and Author of The Engagement Ring Handbook - A Man's Guide to Getting it Right. Check out Julie's website here.